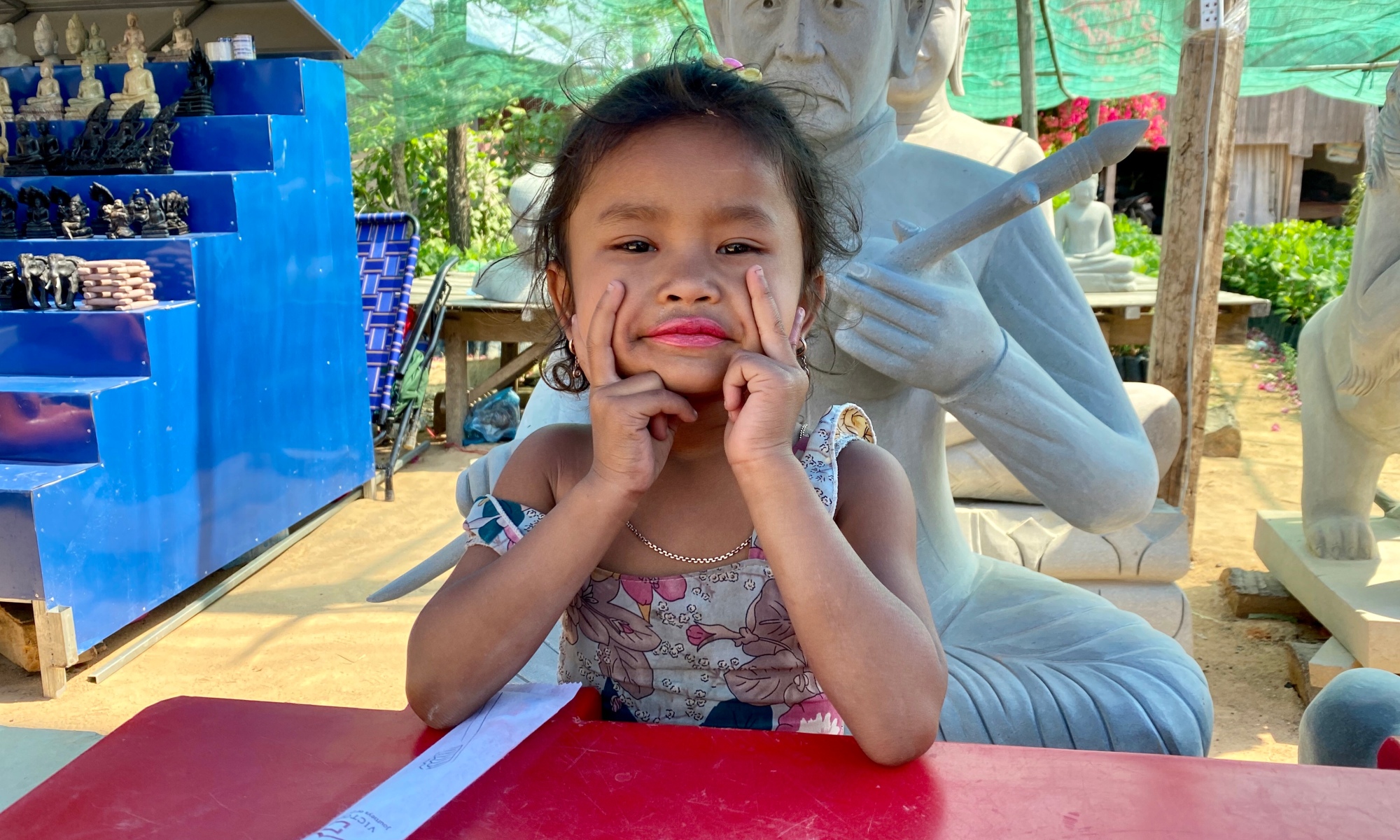 Another early start for the long days drive to Siem Reap from Phnom Penh. Our Local Guide, Lim (on the left) and driver Hing were waiting for us and after the bags were checked (me) and loaded (somebody else) we set off.

Driving in Cambodia (actually Kampuchea) is kind of exciting. The roads somehow manage to be both empty and crowded at the same time. Add to the mix chickens, dogs, kids, overloaded motorbikes and elderly ladies driving in the wrong direction on mopeds who just don’t give a damn and it makes for an exciting day. Here’s a taste of what it feels like.

Our next stop was at the bug market. In Kampuchea, they’re partial to some peculiar snacks. Spider, Scorpion, Water-Cockroach, Silk Worm, Little Frogs & Crickets are just some of the local delicacies – fresh from the frying pan The gallery below has images from the stop, so look away now if that’s not your thing. Some of my clients were brave enough to try some. Me, I had a cricket on a previous Tour and that’s enough for me. Lim had a spider sandwich.

Our next stop was at a tiny roadside village where the local stone cutters work. Their products (mostly Buddhas various) are commissioned by temples all around the country. Most families in the village are very poor. Kampuchean houses are built on stilts, largely because of flooding during the monsoon but also so that animals can be tethered in the shade and hammocks can be slung during the day. It’s also a good place for Grandparents to sleep when they can’t make the steps anymore! I’m not sure how well this will go down with my elderly relatives when I suggest it.

And then there are the kids. I knew this was coming so I’d told my group to collect all the freebies from hotel rooms on our travels (soap, toothbrushes, shampoo, combs, sewing kits etc.). In the centre of the village Lim blows a whistle and kids appear from everywhere looking for gifts from the clients. I’m a sucker for kids and to see why, check the gallery below. How tough does a life need to be that you’re cheered up by a bar of soap? Kampuchea has an enormous age imbalance. Most of the population is young. The older generation was murdered by the Khmer Rouge.

Onwards to Siem Reap with a stop for lunch (It’s GRJ, remember, so there’s always lunch). One further stop en-route at a roadside vendor, this time for sticky rice and beans cooked over a charcoal grill in hollow bamboo (much better than it sounds).

We arrived at our lovely hotel in Siem Reap at about 3:30, leaving time for a quick swim before evening cocktails and canapés (complimentary) before dinner at a pretty local restaurant. A local two piece band turned up at the hotel and played a selection of 80’s hits including Abba, Tina Turner & Hot Chocolate. You can guess what happened next….

Tomorrow and the next morning, Angkor Wat (pics will follow) and then home. Snow flurries are forecast for arrival in Heathrow. Yech!